Written by Super User on 09 January 2020. Posted in swordpress.com.ng

Plans to create a “Fab Four” fell apart in the run-up to last year’s royal wedding, with Harry apparently accusing his elder brother of failing to support him and Meghan. William’s wife, Kate, is also believed to have struggled to get along with Meghan.

Harry and Meghan — named Duke and Duchess of Sussex after their marriage — then moved out of Kensington Palace, where they were neighbors with William and Kate, to a property the Queen gifted them on her Windsor estate. They also split their joint household, moving their staff over to Buckingham Palace.

Piers Morgan is one of many who believe Meghan Markle is the reason Prince Harry has distanced himself from his royal family, calling out the Duchess of Sussex on Twitter for ruining several relationships.

“People say I’m too critical of Meghan Markle,” the “Good Morning Britain” co-host began his tweet. “but she ditched her family, ditched her Dad, ditched most of her old friends, split Harry from William & has now split him from the Royal Family. I rest my case.”

People say I’m too critical of Meghan Markle – but she ditched her family, ditched her Dad, ditched most of her old friends, split Harry from William & has now split him from the Royal Family.
I rest my case. 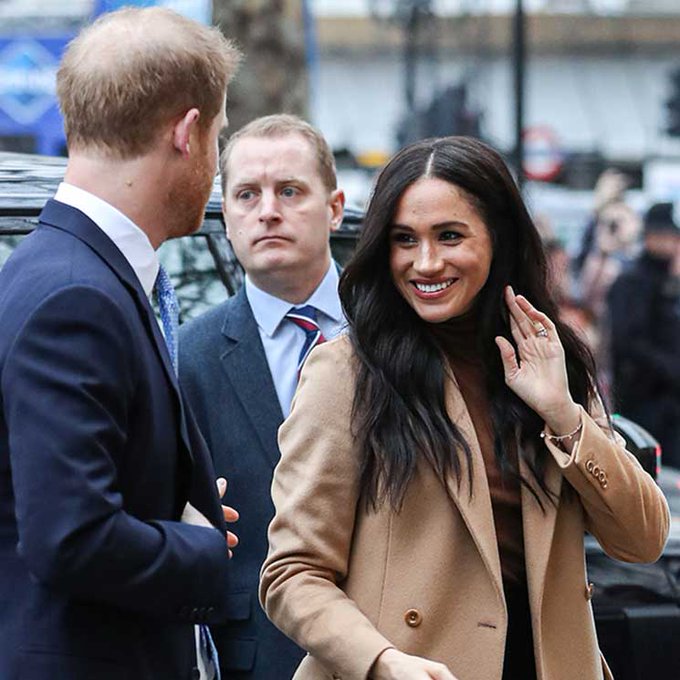 17.9K people are talking about this

Morgan sneered in another tweet, “What Meghan wants.. Meghan gets.”

Piers went on to respond to defenders of Markle, replying to one who accused those blaming the former “Suits” actress for the ills of the Royal family racist.

“Let’s call this what it is,” responded one of Morgan’s followers. “Meghan is partly black. The media and the ignorant sections of British society cannot handle this. Large-scale dog-whistle racism has therefore followed. They rightly have had enough. Good for them. The British press should hang their heads in shame.”

Morgan called the statement “absolute bollocks,” a British slang word that literally means testicles, but is often used to refer to something as nonsense. He also called Markle and Prince Harry “shameless spoiled brats” after reading their new media policy.

“Wow. What a disgraceful way to treat The Queen,” Morgan added. “Shame on Harry & Meghan.”

The couple announced today that they will soon step down as “senior members” of the Royal family and work to become financially independent, a move that reportedly blindsided Buckingham Palace.

Prince Harry sensationally appears to admit to a rift between him and Prince William — as he said the royal brothers are traveling on “different paths.”

Buckingham Palace has strenuously tried for the past year to deny a breakdown in the brothers’ relationship, even as they broke up the Royal Foundation they started together.

In a brutally honest new documentary, filmed as Harry and wife Meghan Markle were on tour in Africa last month with their baby son, Archie, Harry said things had become so bad for the couple in the UK that they were keen to move abroad — as Meghan said they were “existing, not living.”

And asked about his relationship with his older brother, who is said to believe he rushed into marriage too quickly, Harry said: “Part of this role, part of this job and this family being under the pressure it is under, inevitably stuff happens.”

Read about how to make more money posting stories like this using dotifi domains http://swordpress.com.ng/2020/01/09/prince-harrys-wife-meghan-markle-accused-of-breaking-up-royal-family-harry-william-fall-out-too/?utm_source=rss&utm_medium=rss&utm_campaign=prince-harrys-wife-meghan-markle-accused-of-breaking-up-royal-family-harry-william-fall-out-too